Filipino wedding ceremony traditions. Here is a look on the different Filipino pre-wedding customs and traditions.

The good news is that the days of pikot (shotgun marriage) and kasunduan (arranged marriage) -- where both the bride and groom had no choice but to comply with the parents’ wishes – are long gone.

The bad news: harana (suitor's serenade) is mostly unheard of and ligawan (courtship) is simply reduced to dating. Love letters these days are just regular emails and SMS messages that took a little longer to compose. So when do constant dates officially make a couple? Decades ago, a girl may be expected to say 'Yes' first just so the guy would know that she liked him too. Nowadays, well… they just know.

While Filipino courtship rituals are going the way of the dinosaurs, the rituals for engagements and pre-weddings remain pretty much the same, except for some modern tweaking in keeping with the times. Despite these, the basic essence remains: sincere intentions, respect to elders and spiritual devotion. Read on….

They say that no woman wants to be married without first being asked. But do Filipino men really know how to propose? If so, why does the phrase “Pakakasalan mo ba ako?” (Will you marry me?) sounds more like a threat than a proposal? Popping the question is a totally Western concept that seems out of place within serious Filipino relationships where marriage is often a matter of 'when' rather than 'if'. For Pinoys, “Pakasal na tayo!” (Let’s get married!) seem to be the more likely proposition. Quite rightly, as proposal literally means a presentation of some plan; so asking should be out of the question. Looks like we got it right.

The Engagement Ring as dowry

A ring symbolizes such a deeper commitment that your average Pinoy will avoid this as a gift to a girlfriend early in the relationship to avoid sending the wrong signal. The engagement ring concept is likewise a Western influence, but its local adaptation is a consequence of practicality rather than colonial mentality. The giving of the ring is actually a scaled-down version of our forefather's offering of dote/bigay-kaya (dowry) to his future wife (and her family) to signify his intentions. It is a symbolic gift for her acceptance to the asking of her hand in marriage (paghingi ng kamay).

The most popular choice for a 'rock' is the diamond. But some traditional and sentimental Filipino families may insist on having their son offer a treasured family heirloom as an engagement ring to symbolize his family's approval and her acceptance into their family. In such case, it would be best to present the ring as a highlight of the pamanhikan.

The blueprints of wedding plans are drawn or made known during this occasion. The pamanhikan is often hosted by the bride's family as the groom and his folks visit them to formally ask their daughter’s hand in marriage and discuss plans for the upcoming wedding over lunch or dinner. This can be an uneasy situation if it's the first time for both parties to meet. The soon-to-weds may feel a little awkward (nervous even) seeing and listening to their parents consult each other on matters like their wedding budget, guest list and the like.

It is customary that the visiting family bring a gift (often, the best home-cooked specialty of the groom's mom) for the hosts. Others may opt to hold the meeting on neutral grounds (a restaurant is a likely choice) or invite a mutual acquaintance to the gathering and help ease the awkwarness of the first meeting. Why do Pinoys bother with all the trouble? We all seek our parents' blessings for a happy and trouble-free marriage. Afterall, pamanhikan is a treasured Filipino heritage which, first and foremost, avoids the embarrassing situation of having the parents see each other as strangers come wedding day.

Laboring for a Family's Approval

Paninilbihan is said to be a long-forgotten tradition where the suitor performs some daunting chores for the bride's family to show his worth, fortitude and responsibility. Tasks like pagsibak ng kahoy (firewood chopping) or pag-igib ng tubig (water fetching) come to mind. But this ritual is still sub-consciously practiced in these modern times, only on a much simpler scale (thank goodness!).

As Filipinos parents prefer the boyfriend to pay a visit to their daugther in their house rather than date elsewhere, he is considered as an unofficial part of the household rather than a mere guest. Thus, it comes as no surprise when family members ask simple favors from him such as driving the girlfriend's mother to the supermarket or replacing a busted light in the kitchen. Come to think of it, future sons- or daughters-in-law are expected to run some simple errands for their would-be-in-laws if he/she seeks their approval. These little favors form part of the paninilbihan process still deeply imbibed in the Filipino psyche.

The practice of pa-alam (to inform) should not be confused with the Pilipino term " paalam" (goodbye). Though less formal than the pamanhikan, pa-alam is another gesture appreciated by Filipino elders as a sign of respect. Basically, the practice is just a round of casual diplomatic visits and ‘courtesy calls’ to people who matter most to the couple (usually elder relatives in the province). The spouse-to-be is introduced to the people visited and informed of the impending wedding to secure their blessings. Couples may choose to do this at a family reunion while handing over the wedding invitations to save on trips. This is also the period when soon-to-weds visit their prospective ninongs or ninangs (godparents/principal sponsors) for the wedding and it is customary to bring a little something for the person visited (a basket of fruits is a popular choice).

Since the 'major hurdle' is over and done with after the pamanhikan, pa-alam should be a breeze. Couples should remain patient though as some elders may ask them to recount their love story, give a litany about married life, or ask the groom-to-be about his line of work and family background.

Meeting a ‘Father’ Other Than The Future Spouse’s

The term "dulog" literally means "approach." This is the time were soon-to-weds approach their parish priest for a meeting. In the past, this was done in reverence to the priest who served as a “father" to either the bride- or groom-to-be. It was once considered a necessary visit especially when the future spouse is somebody unfamiliar or from outside the parish.

Presently, dulog (Canonical/pre-nuptial interview) is a church requirement where the parish priest discusses with the couple their duties and responsibilities as husband and wife. The interview also serves the purpose of finding any possible impediments to the impending union and determining the couple's readiness to wed and knowledge about the doctrines of a Catholic marriage. This visit will be a good time to ask the priest whatever questions they may have related to the upcoming church wedding.

The despedida de soltera (literally, goodbye to spinsterhood) is a send-off party held close to the wedding date in honor of the bride-to-be and hosted by her family. This celebrates her family's consent and blessings for the upcoming union. The groom and his family, the wedding entourage, close friends & relatives from both sides are all invited to meet and get to know one another before the big day. The occasion may serve as the formal introduction of the two families/clans to each other. This affair can be anything from a formal sit-down dinner to a casual get-together party.

Although rain showers on the wedding day itself are believed to bring bountiful blessings to a newly married couple, many still prefer a bright and sunny wedding day. But rain is something mere mortals can’t control, so what do Pinoys do? Seek God’s help through the intercession of a Saint by offering eggs. Despite its pagan origins, marrying Catholic Pinoys still troop to the monastery of Sta. Clara in Katipunan Ave. to offer eggs to the patron saint and request the cloistered nuns to pray that their wedding day be rain-free.

Sta. Clara, eggs, rain… what’s the connection? St.Claire has long been considered a patron saint of good weather because her name in Spanish (clara) means clear, like the brightening of sky after a storm. The patroness’ link with eggs came about as her name (clara [de huevo]) is the Spanish for 'egg white'. That became the basis why the residents of Obando, Bulacan believed in offering eggs at the base of the altar of Sta. Clara to pray for good weather. But we suggest that soon-to-weds consider other offerings (food, fruits or monetary) for even our beloved nuns know too well that an egg too many means cholesterol overload!

Coming 'Clean' Before the Ceremony

This is more of a moral obligation than a tradition required by the Church of every marrying Catholic couple. A few days prior the wedding, soon-to-weds are asked to have their final confessions with a priest as single individuals since they will partake in the bread and share the wine (symbolic of the Body and Blood of Christ) during the Nuptial Mass. The confessions serve as a spiritual cleansing for the sins committed prior to the Sacrament of Marriage and a commitment & devotion to one’s lifetime partner. 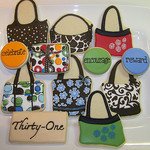 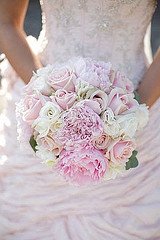 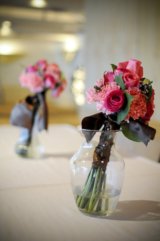